Famous Youtube Comedian, BenLoka recounts his 3 month stay, in the Bhakta Program, at the Hare Krishna temple in England, the Bhaktivedanta Manor.

He has also posted a full length lecture of His Holiness Radhanatha Swami, that was filmed at the Manor, which can be found on his other youtube page.

You can read Benloka’s blog

He gives a nice example of temporal material pleasures

I’ve had so many realisations on how no real happiness can be gained through sense enjoyment, and yet here I am, trying to be a ‘normal’ guy outside, but finding it ever-increasingly hard to smile at things and situations that used to bring me some fleeting joy. I went to the temple all of today for the first time since my departure which was wonderful. There was an amazing morning lecture which compared material illusion to the illusion parents create with Santa Claus. They go to so much effort to maintain this fantasy, just to keep their kid happy and enchanted for a few years – presents, stories, elves, grottos, some even pay big money for an authentic trip to Lapland. And yet all this is leading up to is for that dream to be shattered. So no matter how much we’re enjoying this dream-like world, in the end its just gonna be one extraordinary disappointment.

I don’t mean to sound negative, but yes, ultimately all this phantasmagoria – birthdays, trips to the cinema, the new iPod, and your favourite food… this will all ultimately end in old age and death. So there’s gotta be something more right? And we’d be fools not to search for it right?! Ok, so maybe I’m not completely mad.

Thanks for this Nityananda Chandra….I commend the Bhaktivedanta Manor devotees for this great preaching opportunity…I would imagine that many thousands of people will watch this video on youtube and become favourable to devotees and devotional service.

I especially liked the fact that his friend (I forgot his name) feels very natural wearing a dhoti and that he felt he had made progress in spiritual life – also Ben himself felt a change from the purifying effects of the process of Krsna consciousness- such is the power of chanting the Holy names of the Lord.

Yes, for many years now

Yes, for many years now Bhaktivedanta Manor has been specializing in very well organized Bhakta (Introductory Training) programs. In the first year that they had started the program in the mid 80’s they have over 86 participants that year.

I love how he describes dhotis as a combination of a bedsheet / napppy / dress. And he’s surprised that everyone wears clean clothes everyday. And Harinam as spiritual clubbing! Haha. Thanks for this post, Prabhu. It’s hilarious!

Your welcome, he’s my

Your welcome, he’s my favorite. He has a big influence. I have read many comments by general people who became vegetarians, and even became devotees because of his videos. Hare Krishna 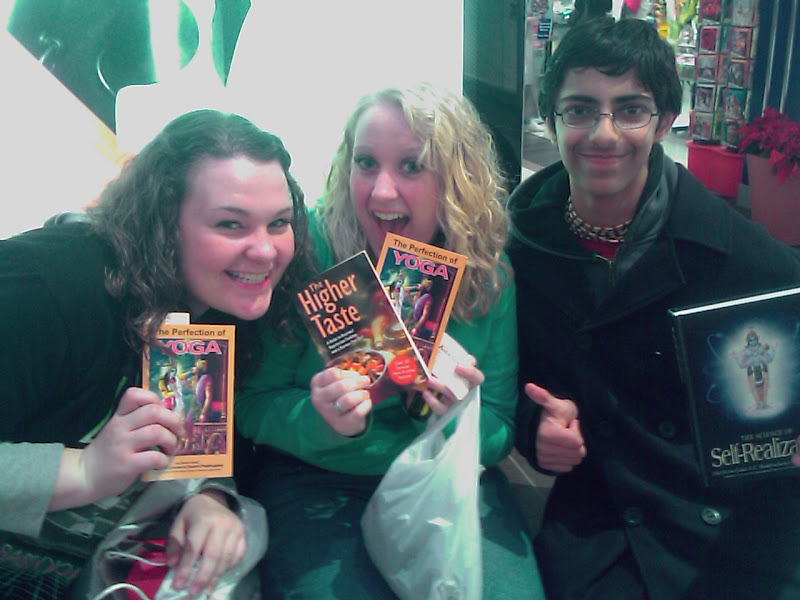 These items are also summarized in the small book called Bhakti, The Art of Eternal Love.

Because of these reasons we are fortunate to participate in book distribution this month. Srila Prabhupada explained that the basis of giving others the opportunity to reawaken their Krishna Bhakti is by coming in to contact with Krishna Conscious books. Such books attract the heart to the All Attractive One, Sri Krishna. So for the past couple weeks during the weekends and as well as during the week we have been going out on book distribution. 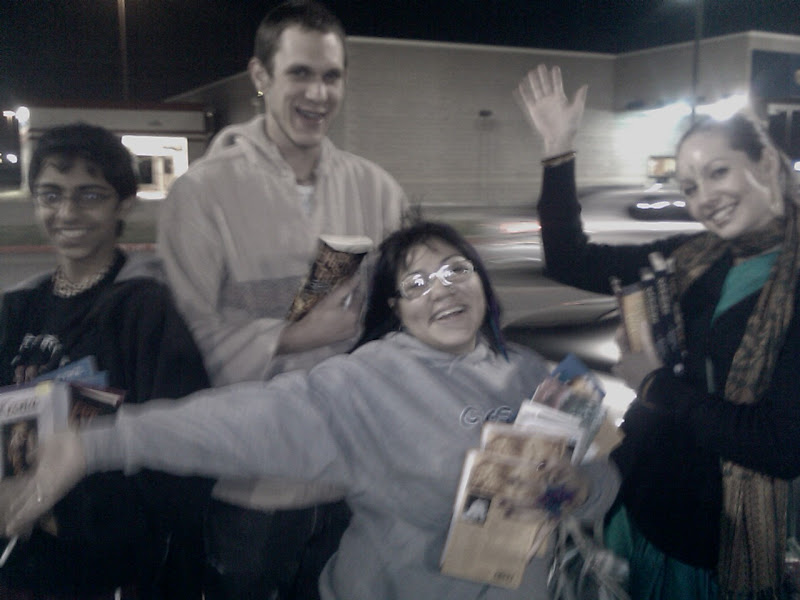 All devotees are very ecstatic when they get the opportunity for this service. Here we see little Vrinda excited to pass out Kalachandji postcards. 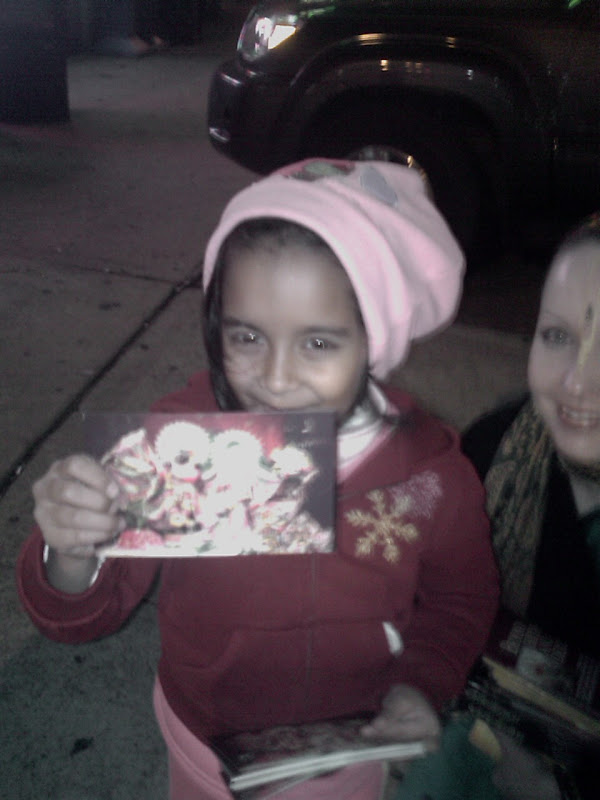 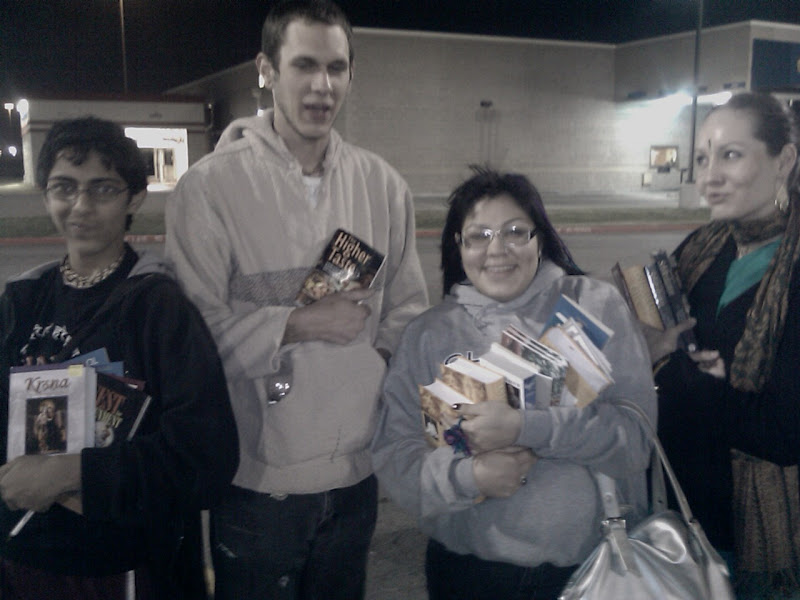 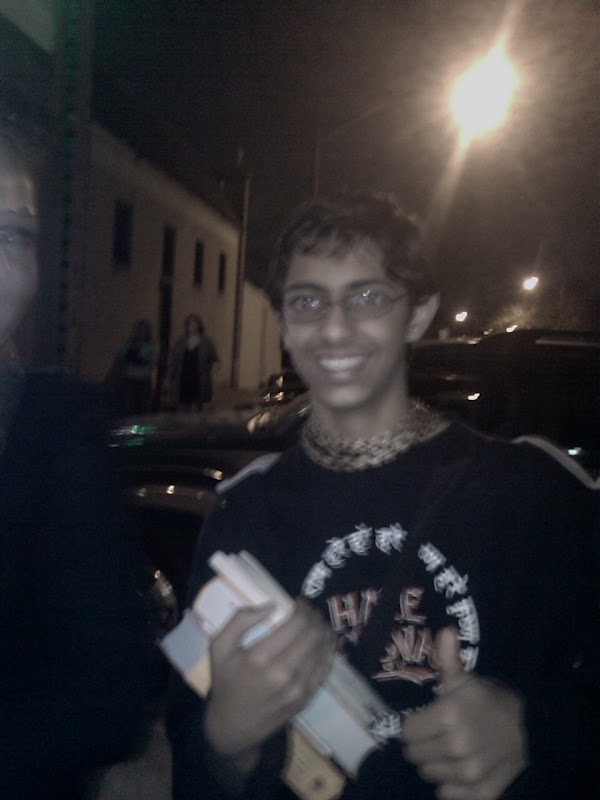 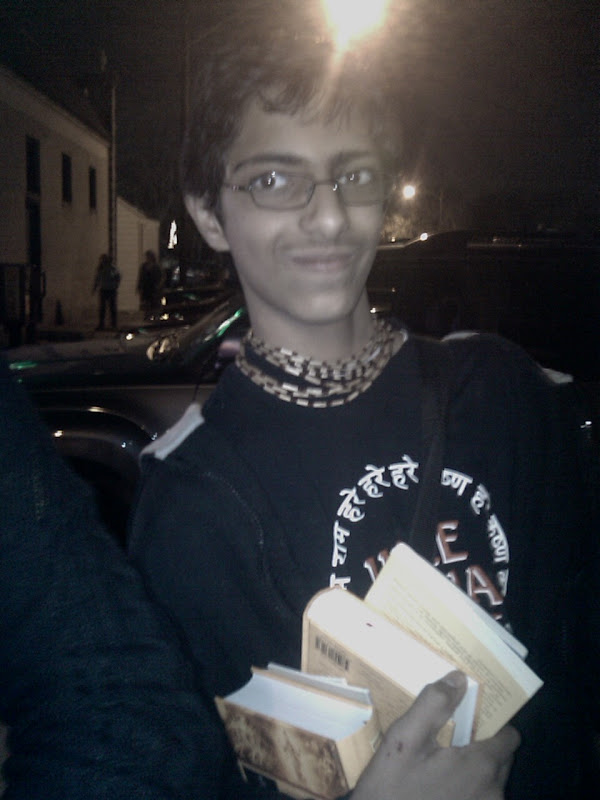 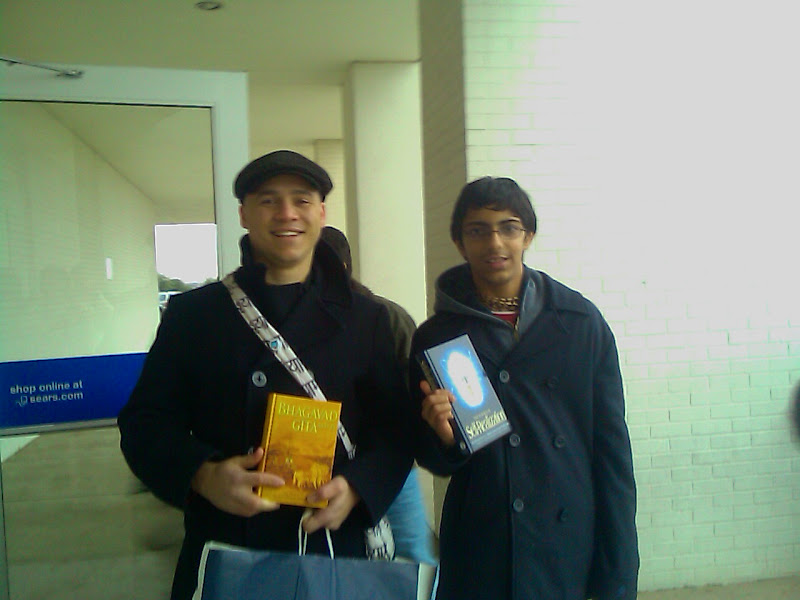 The one that was really excited is 13 year old Govinda. He has been calling me everyday asking when we could go out again. Because of his enthusiasm I have been forced to go out almost daily. The picture on the top is of some young ladies who received books from Govinda. Everybody that we meet is eager to get these books, one young lady who didn’t have any money gave us her lollipops in exchange for a book.

Last Sunday Mathuranatha and Dwaraka Prabhus did an amazing presentation about a newer and powerful way to distribute books about Krishna. It is called aSmart Box.

These boxes are so smart that they know how to alleviate all suffering and bring one to the service of Krishna. After the presentation at the Sunday Feast immediately 30 people signed up for smart boxes. Each box was to be their own project. Each signee purchased their own box and 20 small books and agreed to weekly stock the box at their own convenience. The method was that the devotees find a grocery store, salon, laundry mat, dentist/doctors office, etc, in their area and ask them for permission to place the box there. The same devotee then goes back every week to restock the box with more books and use the money to purchase more stock. It is genius! Brhat Mrdanga Sankitan Ki Jaya!!

this is such an awesome idea….

no doubt abt it….

My husband, Keshava das, said he particularly liked this post too.

Attracting Everyone To The All Attractive Krishna

This is a really wonderful article, Nityananda Chandra!

Smart boxes are such a great idea too!

Your are very welcome, Nityananda Chandra.

The thing is, this is really one of the very most important and essential services that anyone can possibly do.

Distributing Srila Prabhupada’s books to everyone and anyone you can. It’s so essential.

Everything we know now, or understand, has come from Srila Prabhupada, from his teachings. Even if we are learning it from one of his disciples, it has still come from him.

His books are the essence of his teachings and the distribution of those books was always very dear to him.

I don’t remember the exact way he said it, so this is not a quote, but he said something to the effect that we can say so many things ourselves, but if someone gets one of his books then that is the most valuable thing. They are reading his teachings directly.

This is so wonderful, you and these other devotees going out and giving books to people. And the boxes too.

My daughter-in-law, Mandy, who you saw in the wedding photos has book racks similar to this that she maintains at some of the local Indian shops and restaurants where she lives, in San Diego, CA. There is a video interview of her about it on the Shastradana website (in case anyone is interested). I think it is just called "Mandy".

The only real difference is that she buys the books herself and then leaves them in the shop for people to take free. (I mean the difference between that and the smart boxes).

I like the smart boxes because it’s also very good for people to give some money for the books if they can. Srila Prabhupada said that people value what they pay for more.

Of course there is also the time and place to give them free, I am not claiming one to be better than another, just discussing them both.

So, to me, this post of yours is really:

Catching the Spirit of the Holidays 🙂

(the real holiday of going Back To Godhead)

So, thank you for sharing it with someone like myself who is not out giving people books.

*I realize you know all this, of course, about the importance of book distribution. Just elaborating for anyone who might not.