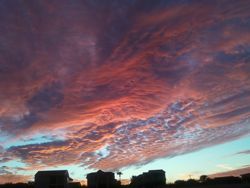 Anyone interested enough in the subject to made a life’s study of books on the personality of God—especially as presented in the epic biography of Krishna and His avatars, the Srimad-Bhagavatam—will likely have experienced that no matter how much you “know” about Krishna or any of His uncountable manifestations, there’s no end to such knowledge. The Bhagavatam and its post-graduate scripture Chaitanya Charitamrita describe the Supreme Person in very certain terms. His form, activities, associates, place of residence, and teachings are all unambiguously made known, and it remains for us, the readers, to believe it or not.

Hearing about Krishna is the basis of the practice of Krishna consciousness. The idea is that, to regularly absorb one’s mind in such elevated, transcendental subject matter has a profound effect on us—not only on the way we see ourselves and the world we inhabit, but on our primeval, essential relationship with the source of our being, Krishna Himself.

As we get to know Him better, our natural love for Him—covered by layers of ignorance, illusion, and selfish desires since we don’t even know when—gradually becomes the focus of our lives once again. We hear so that we may remember, and we remember so that we may remember how to truly love. But not all religious scriptures offer much detailed info on God or even what our options are after leaving this present life.

When I was growing up, I didn’t have much of a God concept. Our family went to Methodist church; I remember hearing mostly positive, Bible-based sermons on how we should all be good and care for our neighbor. I don’t recall a great emphasis on instilling fear of going to hell—like I heard from other preachers—but that fear hung over my head like a guillotine nonetheless. I didn’t want to go to hell. Who does? But neither did I get a clear picture of the concrete benefits of going to the other place. God’s personal hangout, what to speak of His personality, was not discussed. I didn’t learn what He or those in His kingdom do for fun, while the wicked were being perpetually rotisseried down below.

I imagine there are those who unconsciously think of God as some kind of supreme city planner with an egoistic mean streak. He made this world, yeah, but He allows things to go on in this world that are just appalling and horrifying. People have been angry and disappointed about this for ages, as if He had designed the world taking into account only two varieties of citizen—”good” and “bad”—but then zoned the majority of the world’s real estate as “prison use only.”

In other words, as if to say, “OK, now you’re in the joint. Go ahead and cut each other up, cheat each other blind, and make a savage mess. And then over here, in the capital punishment wing, we’ll have a lake of fire, and if you’re just a hardcore, really intolerably bad criminal, you go there for eternity. And burn. Unless you worship Me.”

But the “God-as-penitentiary-contractor” concept doesn’t answer much of anything. Like, what happens to those who aren’t killers, cheaters and backstabbers—the honest, law-abiding, genuinely pious people? If they somehow avoid getting crucified, tortured, or martyred, and go to “heaven,” what’s that like? What goes on? What does it look like? What do people do there? Why should I want to go?”

As a kid, it seemed to me like life was more interesting here on earth, even with all its faults, than up in some vague, cloudy, harp-playing festival of niceness. I wasn’t fortunate enough to be presented early in life with a comprehensive, compelling description of the “heaven” option besides clouds, harps, and a freedom from being tortured, killed and cheated. To me, it seemed like some kind of suspended animation, to which life on earth—dicey and sketchy though it may be—was preferable.

But the older I get, and the more I read and try to absorb the information in the Srimad-Bhagavatam, the less patience I have for this world’s varieties of fleeting so-called thrills, or for any vague notions of an afterlife. It’s gradually penetrating my thick skull that there is indeed something more, something better, so why settle for less than the most complete picture of reality available?