Fire In Kitchen Ruled An Accident, No One Injured 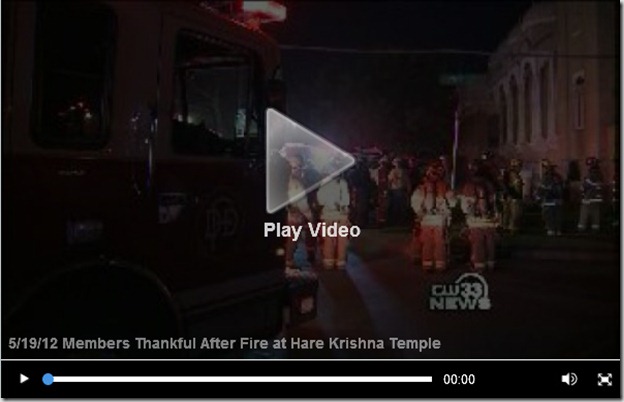 Fire In Kitchen Ruled An Accident, No One Injured

The members of the Hare Krishna Temple in Dallas tried Saturday to move past a fire that started in their kitchen and caused damage to some of their building Friday night.

A large amount of damage was done to the kitchen and great hall where members hold feasts on a regular basis.

Children took to upbeat drumming Saturday while standing just feet from their charred and heavily damaged Hare Krishna temple.  It was the children who set the tone for everyone at the temple just one day after fire ripped through their building.

On Friday night, 500 people had gathered in a nearby park for the marriage of the son of temple president Nityananda Dasa.

“During the marriage ceremony, we saw smoke going out of the building.  So we all ran over here and we realized it was the kitchen here,” said Dasa.

Everyone was worried about the same thing.

“I was really concerned that there might have been somebody in there.  My only concern was, because we have children and all of our children are very free willing,” Dasa told CW 33 News.

The fire was put under control quickly, and most importantly, no one was injured or killed.

“They went inside and said there was nobody in there, so we felt great relief,” said Dasa. 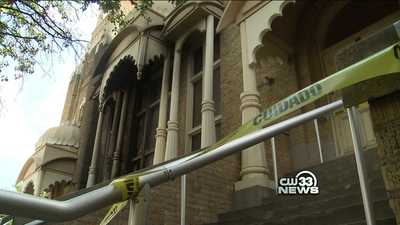 On Saturday, temple members gathered for chanting.  The main room where they prayed was unaffected by the fire, and their spirits were not doused by the damage.

“Yes, of course we lost our kitchen and that is causing some disruption, but you know, life has disruptions in it, it happens to us all the time.  People go through much worse than this,” said Dasa.

The minister at the Hare Krishna temple, Nityananda Granger, said the fire was a reminder to not invest happiness in temporary and material things.

“Buildings may come and go, but you’re relationship with God, that is what is most important,” said Granger.

The popular vegetarian restaurant the temple owns, Kalachandji’s Restaurant, was not damaged by the fire.  However, due to gas lines being cutoff, the restaurant will not reopen until Monday or Tuesday at the latest.