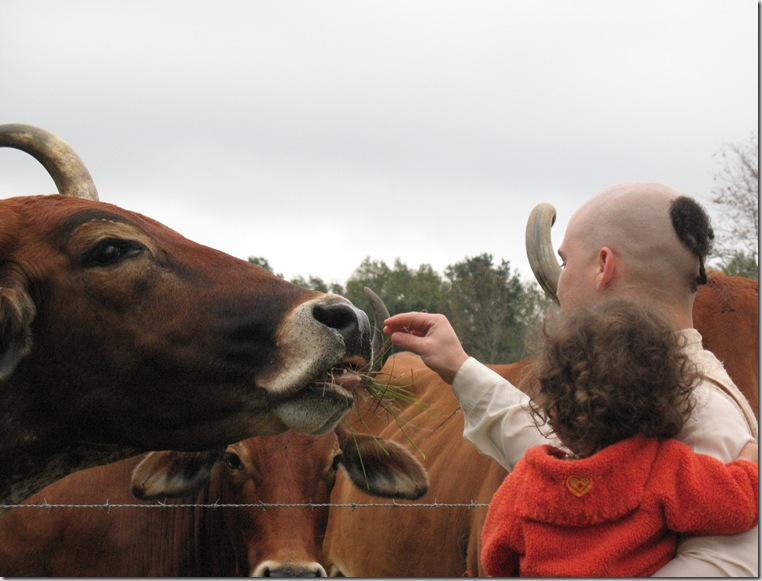 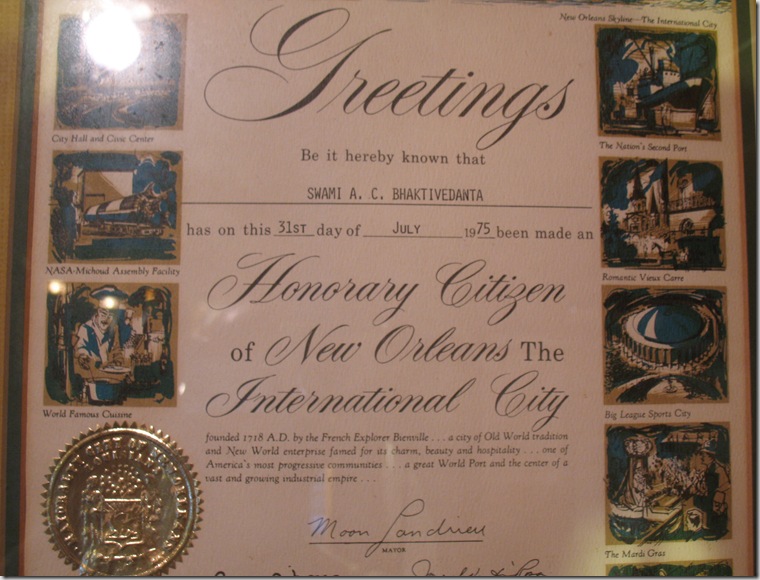 Driving in a caravan with other devotees from Dallas, we embarked upon the beautiful land of New Talavan.   We arrived during the middle of a wonderful class given by His Holiness Bir Krishna Goswami, who was speaking about relationships and training. 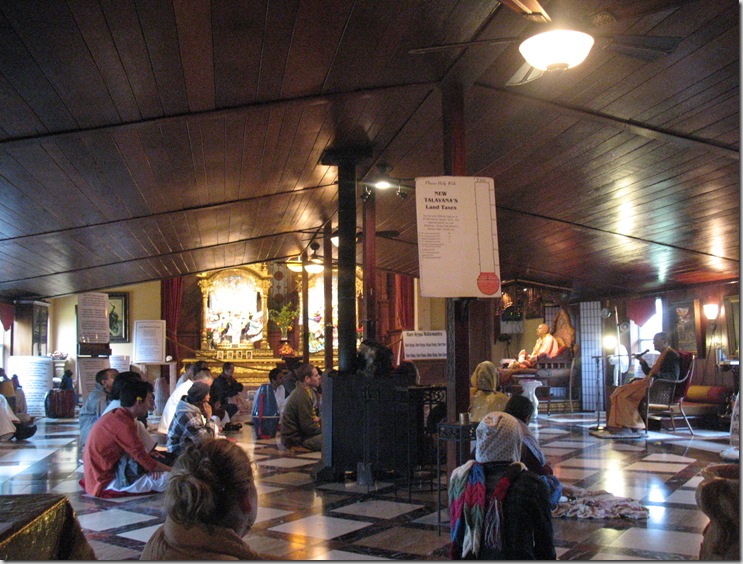 He stressed that devotees should coach others with patience and love.  He gave the example from his childhood of grades.   He said that his mother used to reward him with money for good grades and rejected him for bad grades.  He said that neither the reward nor the punishment gave any real encouragement to be diligent in his studies.
After the class we were able to taste New Talavan Prasadam!   Curd sabjis from the milk of their own cows and yogurt dressing, all so tasty.   Salad with their own home grown lettuce and other veggies.   In fact all the deities flowers are home grown as well.   They have a special breed of cows here which are well known for their high quality milk.
After honoring prasadam I headed back in to the temple for a closer darshan of the deities of the Lord.   It was gorgeous, simply by seeing these deities your heart skips a beat.  To Gaura Nitai I begged that they help me improve my japa since Their always so kind. 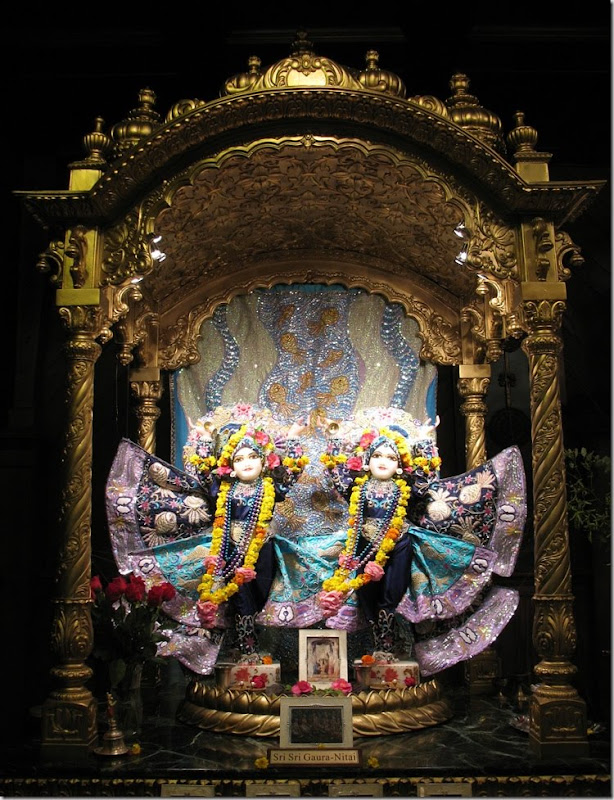 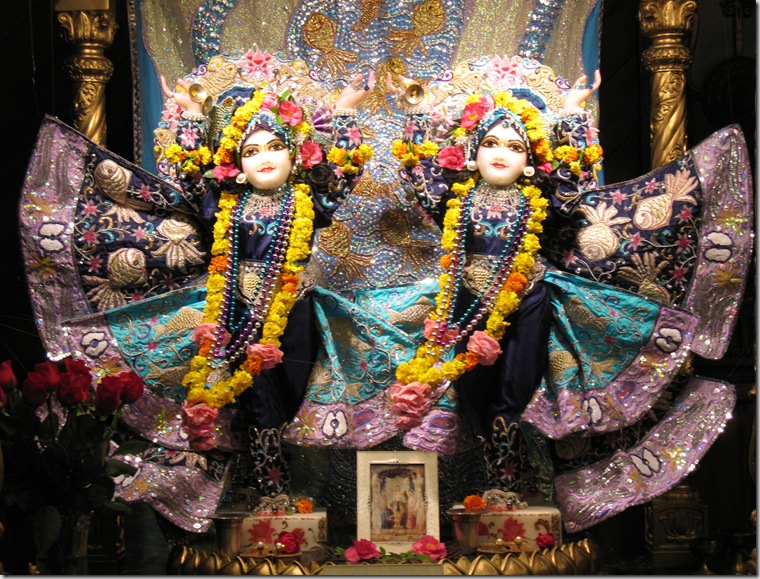 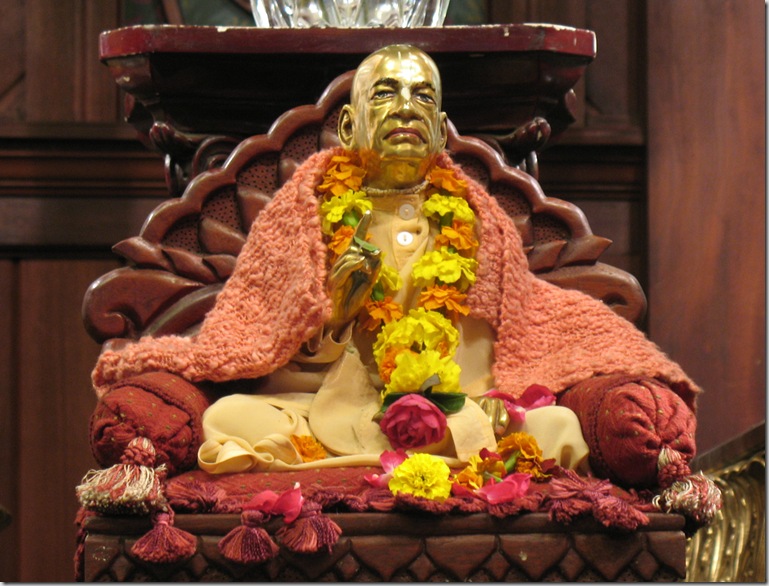 Srimati Radharani had such a cute expression, it was very beautiful. 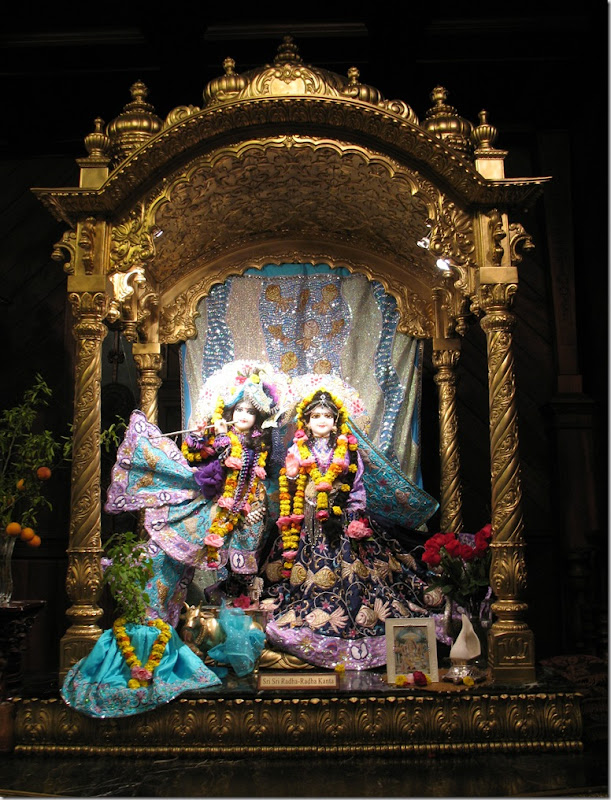 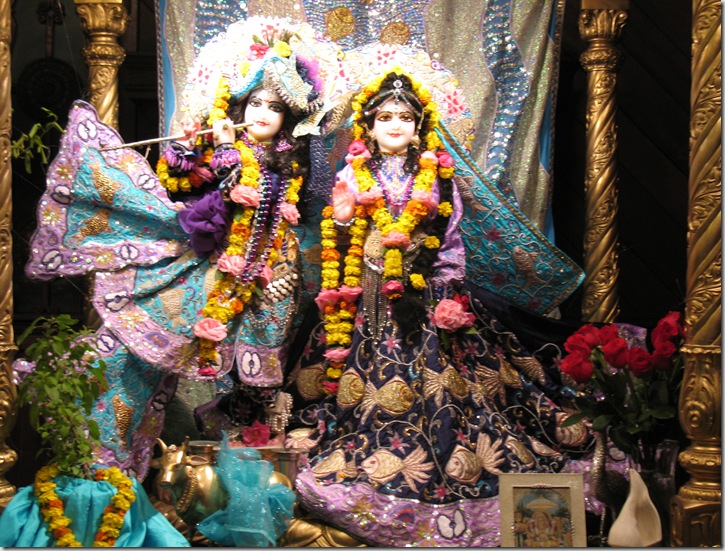 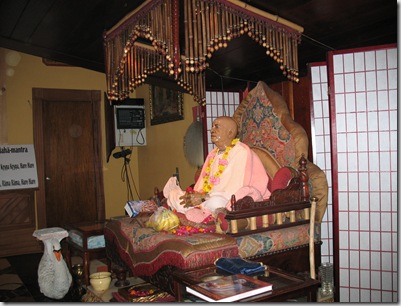 Some the New Talavan young gopi brijbasis, Taraka and Surata Rangini,  offered to show us to some of the the cows and oxen. 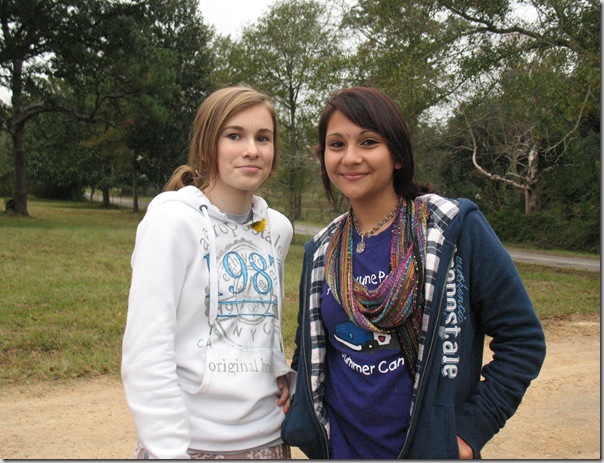 It was a pleasant and much need walk to see the ox.   I had eaten two large plates of their delicious prasadam so it was good for me to get some exercise.   When we arrived at the fence of the ox several large beautiful oxen gracefully trotted towards us.   They were very friendly and sniffed us to see if we have anything tasty upon us.   We could feel their scratchy tongues as we feed them grass. 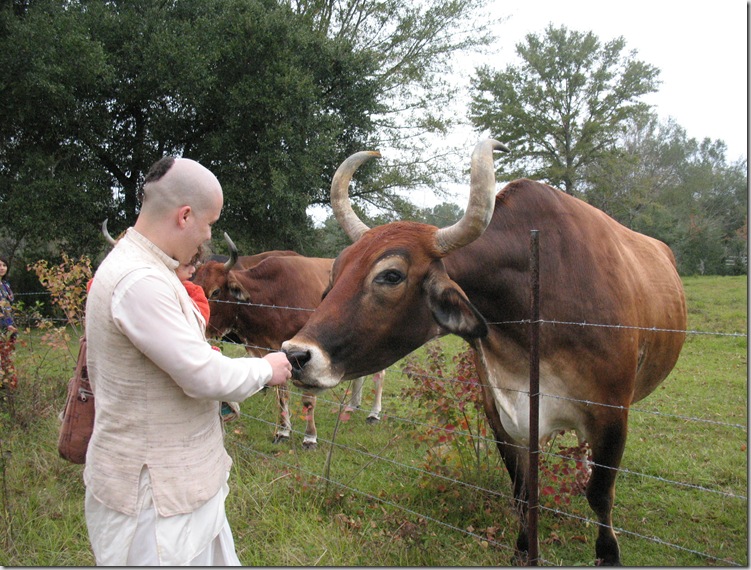 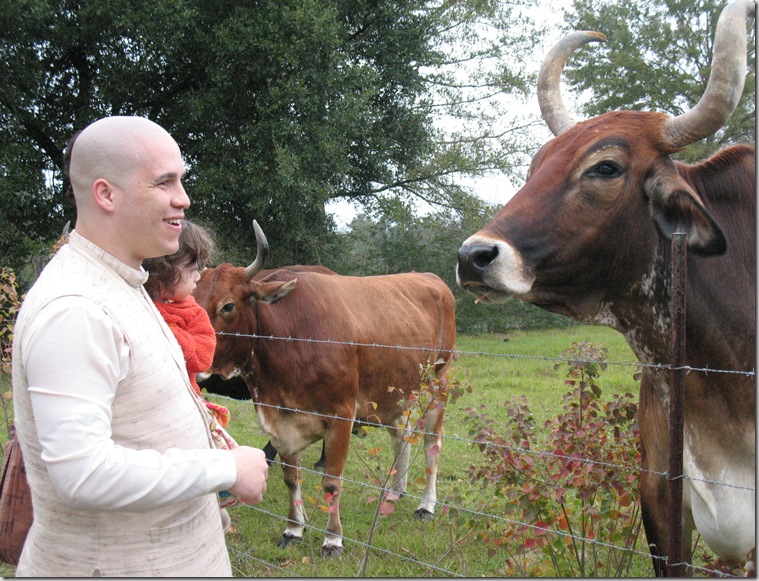 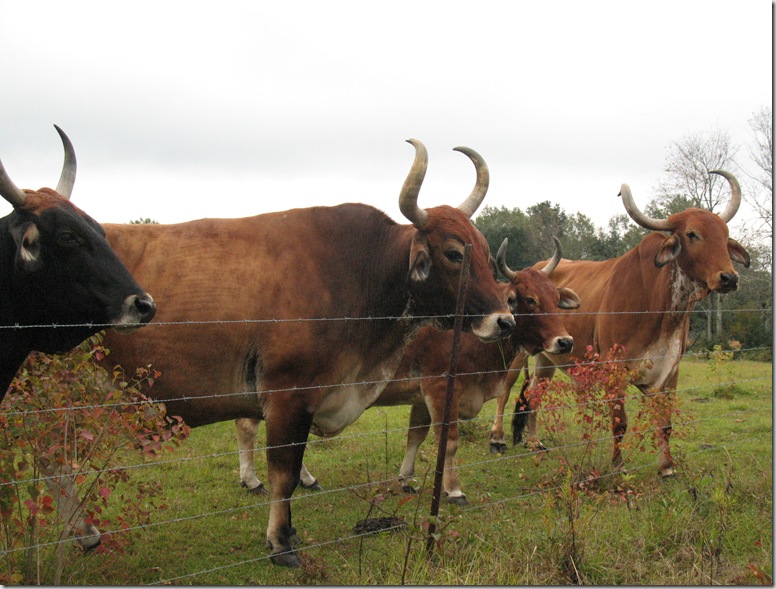 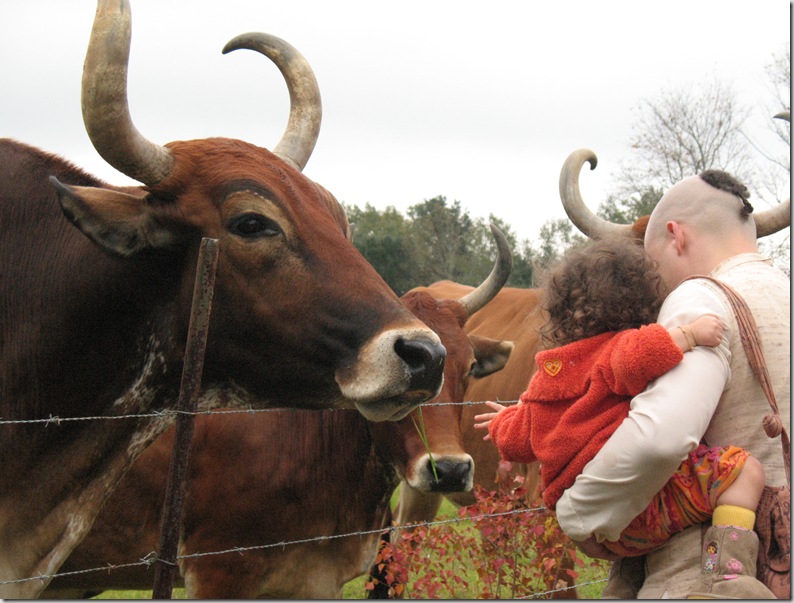 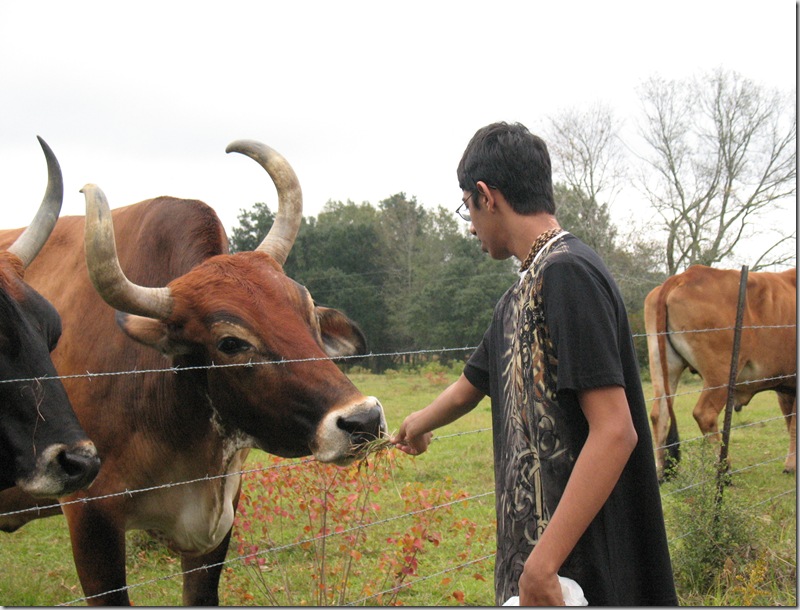 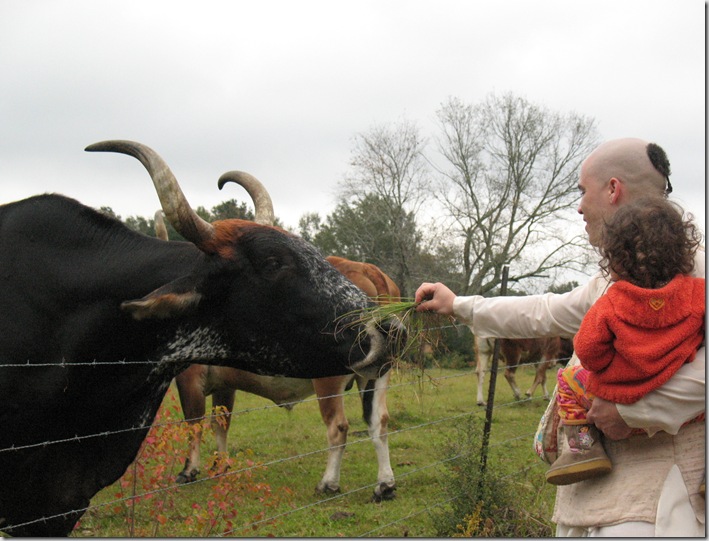 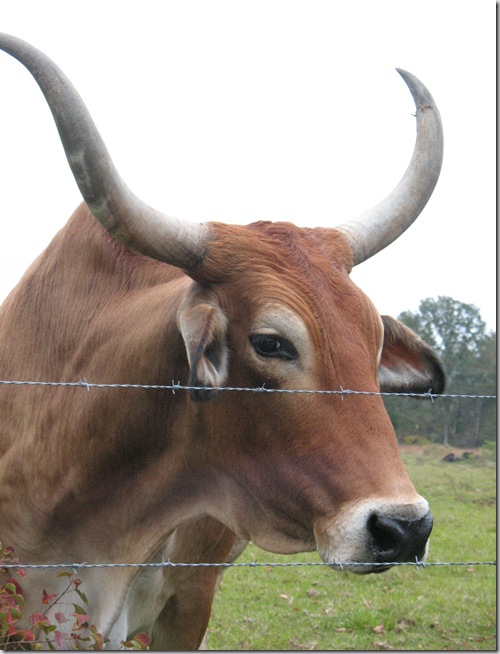 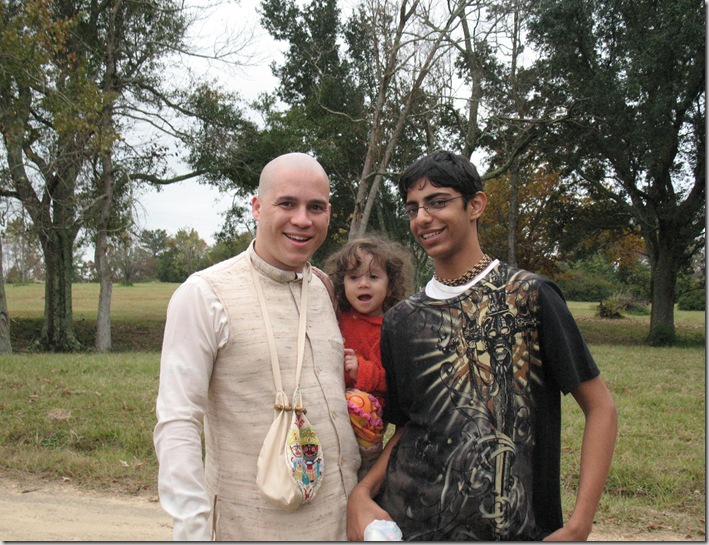 Sitting in car ready back to Dallas we were again blessed with a another darshan of Mega Jagannatha returning back to His forest grove. 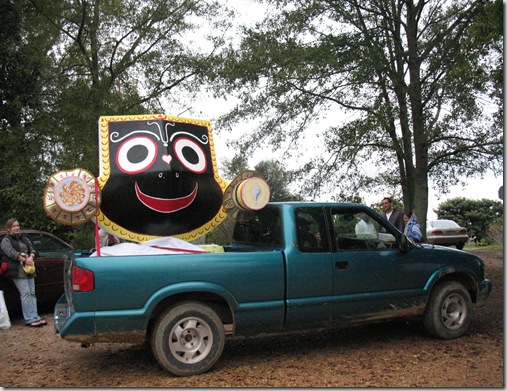 Hare Krishna
Your humble servant,
Nityananda Chandra das
here are some other photos that I did not include from the previous night.   All photos are available on my flickr page. 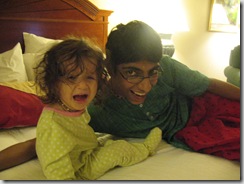 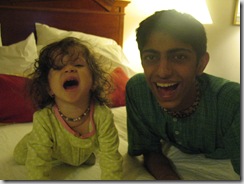 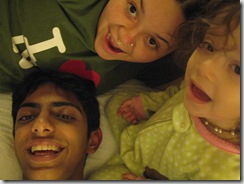 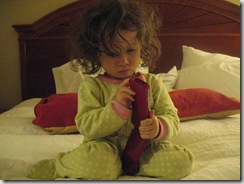 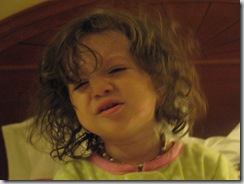 As I was working on yesterdays blog they took a picture of me, saying that this is “me with my 3rd wife”, Krishna Mangala’s laptop, as my laptop, my second wife as she calls it, is broken.  🙂 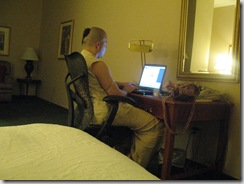