The nation and certainly the city of Dallas are coming upon the 50th anniversary of John F. Kennedy’s assassination. There are many parts of his presidency and death that our paper and others are starting to examine, from the legacy of his foreign policy to his imprint on civil rights to his use of television to communicate.

One area that hasn’t gotten much coverage is John F. Kennedy’s impact on religion in America. Often, we read about how Jimmy Carter and then Ronald Reagan awakened evangelicals and changed the face of religion in America, particularly in politics.

But did JFK have a greater effect than perhaps any modern president on religion in America?

Yes he did, but how so? He was a young, attractive man with an attractive wife and nice children. He had wealth, fame, power, and presidency. He had many people protecting him and his wellbeing. He worked hard to achieve all this but lost it all in just a second. 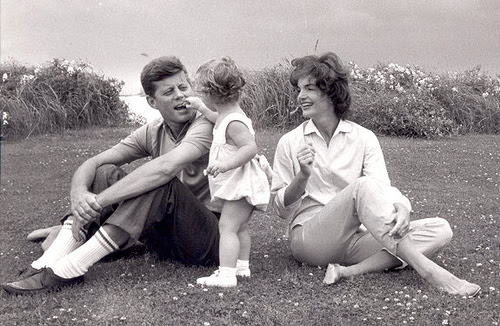 This predicament affected the lives of many and some that I know began to inquire if life had more to offer than just wealth, fame, power, family, and comforts. Will these temporary things truly fulfill the heart of an eternal being?

Some wise souls began to ask, "Should I be investing in the temporary, am I am actually eternal?" Likewise, they asked, "If the President could lose all that he had worked for throughout his life in a second then what about me?"

For these rare souls his untimely departure was more profound than the works of his life. –Nityananda Chandra Das