When President Lyndon Johnson declared war on poverty exactly 50 years ago, advocates called it the moral obligation of a wealthy nation. Johnson said he was doing it not because it was efficient or helpful or politically expedient (which, of course, it was for liberals), but because it was right. The idea of advancing public policy in moral terms is hardly new. The Civil Rights movement invoked a moral imperative in its quest of public policy. Social conservatives want a government that reflects values they consider fundamental and unchanging. The impetus of President Obama’s health-care initiative and its various government precursors was, at least at some level, a moral one.

Robert Barron, a Catholic priest, notes in a column that one of the most common observations made by opponents of religion is that we don’t need God in order to have a coherent and integral morality. After all, aren’t there plenty of good, moral people who don’t believe in God? But supporters of religion warn that without God, there’s moral chaos.

Barron suggests removing God is tantamount to removing the ground for basic good, and once the basic good has been eliminated, all that is left is the self-legislating and self-creating will. Thus, he says, people of faith should be wary when atheists and agnostics blithely suggest that morality can endure apart from God.

So what is the relationship between morality and the existence of God? Can you have one without the other?

For all the talk by politicians and policy advocates about the morally in advancing various programs, good government typically means managing a competition between various secular interests in a way that benefits the common good. It’s about reaching a consensus in the community. It’s relative. But can morality ever be relative? And if not, doesn’t that mean it requires, at its heart, something absolute — like God.

What is the relationship between morality and the existence of God? Can you have one without the other? 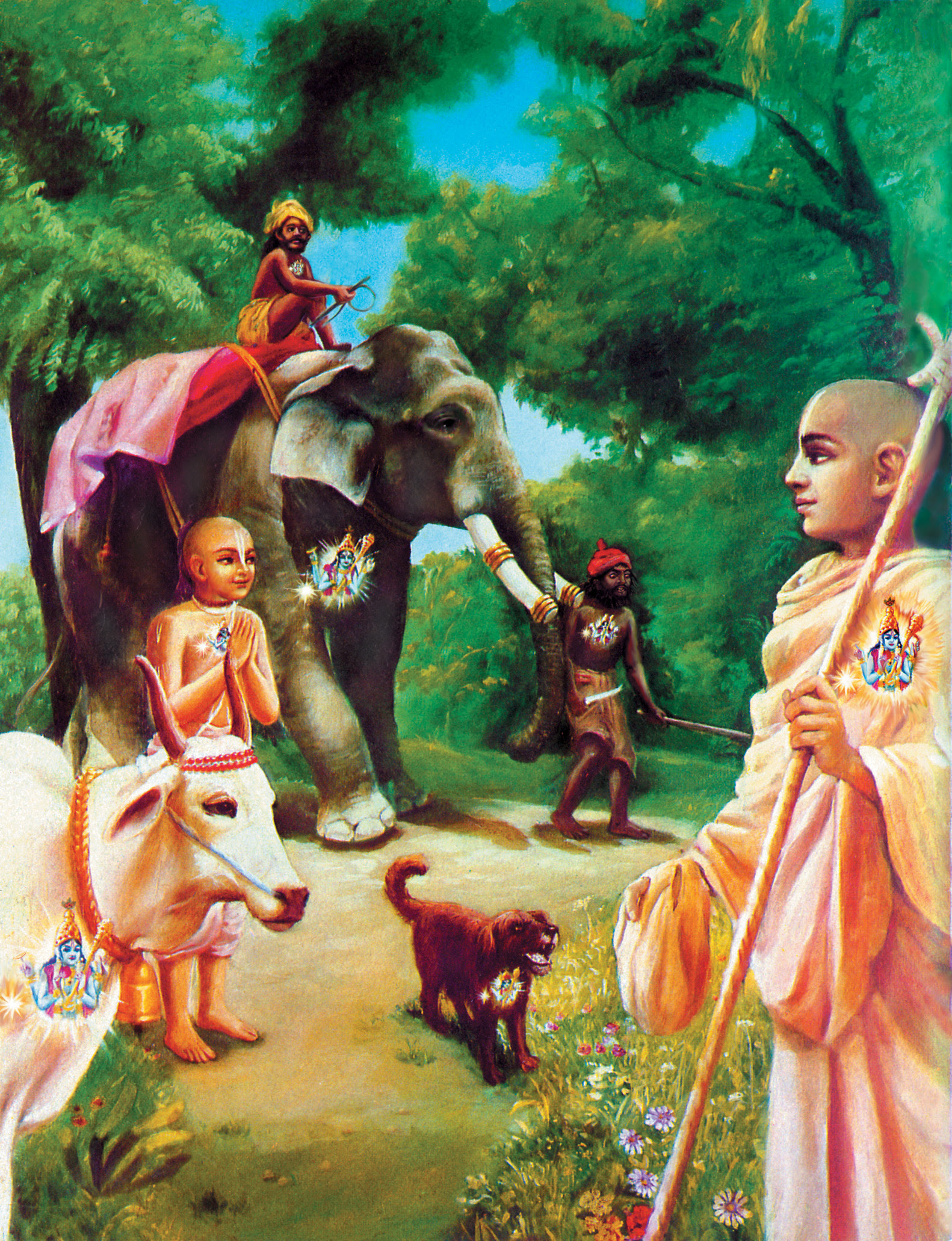 Morality requires spiritual vision. For example if there is accident on the highway, what should be cared for first? The passengers in the car or the car itself? Similarly, a person with spiritual vision will know what is of greater importance, the body, or the soul within the body. That person who is in ignorance cannot see the soul and thus cannot make proper moral decisions.

"The foolish cannot understand how a living entity can quit his body, nor can they understand what sort of body he enjoys under the spell of the modes of nature. But one whose eyes are trained in knowledge can see all this. The endeavoring transcendentalists who are situated in self-realization can see all this clearly. But those whose minds are not developed and who are not situated in self-realization cannot see what is taking place, though they may try." -Bhagavad Gītā As It Is15.10-11

It is just like someone who is not trained in automobile repair. He can see the car and the mechanic can see the same car but he will not be able to see what the mechanic sees unless he has been trained to see it. Thus it is mechanic who can make decisions rather than the ignorant person.

"The humble sages, by virtue of true knowledge, see with equal vision a learned and gentle priest, a cow, an elephant, a dog and a dog-eater." -Bhagavad Gītā As It Is 5.18

Thus a moral person who has spiritual vision does not condone harm to anyone regardless what their race, species, or position within or out of a womb, if such harm is for personal gratification.