“Paul Ryan’s selection as the Republican vice presidential nominee has put Ayn Rand back into the spotlight. Ryan was picked in large part because he’s the architect of a budget that demands lower taxes and smaller government and, more to the point, anticipates a shifting emphasis from government to the   individual. Ryan has credited Rand as a source of his political thought. He has said Rand’s philosophy was “sorely needed right now” and “Ayn Rand did more than anybody to build a moral case for capitalism, the morality of individualism, and this to me is what matters most.” 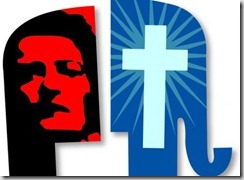 Rand argued that altruism is immoral and selfishness is good. She was a champion of unbridled markets and limited government. She was an atheist who denounced religion as the enemy of reason and she advanced the idea of an unlimited laissez-faire capitalism in which the rich prospered in a   social Darwinian universe. Emboldened by the Tea Party, many Republican leaders like Ryan have proposed a fundamental dismantling of the nation’s social safety net in a way that would make Rand proud. But many Tea Party advocates are strong Christian conservatives who would be appalled by Rand’s anti-Christian views.

Here’s the thing: By embracing Rand, Paul Ryan touts a philosophy that is tightly knit and carefully constructed in which the pieces fit neatly together. In Rand’s world, if you believe in objectivism, there’s no room for a little government collectivism. One precludes the other. Take out one piece and it all falls apart.

So can leaders who are strong believers in Rand’s philosophy advocate self-interest and  community obligation in the same breath? How do you make a “moral case” for the individual and individual rights in a way that’s ethically justifiable? Do Republicans have an Ayn Rand problem?”

The antithesis of real religion is selfishness.  The more one advances in their spiritual understanding and realization, the more the qualities of compassion and generosity becomes apparent.  On the bodily level there is no equality, although we as Americans are ushered to believe it.  The fact remains that we are all different. But on the spiritual level we are all the same.  This equality even extends to the various species of life.

Just as a battery in one device, such as remote control, causes it to operate differently, then the same type of battery in another type of machine, such as a toy.  Therefore the Vedic teachings are socially liberal, recognizing the difference.  Due to karma of past lives people are born with various abilities and facilities.  Some are born intelligent or wealthy and others are not. Some have fortunate lives, I am sure there are many who are as intelligent and resourceful as Bill Gates or Steve Jobs but did not end up as them.  Because of this difference those who can, are morally obliged to help as duty given by God.

The Vedic teaching are spiritually conservative, recognizing the soul is in all that lives.  Therefore we do not agree with animal slaughter, fetal slaughter and so on.  With the advancement of spiritual knowledge comes compassion and internal happiness and those who are spiritually ignorant, and are thus unfulfilled, strive for temporary selfish desires and exploit others.

The conclusion is that if a person is spiritual intelligent he will know how to actually work in his self/soul’s interest.  Such an intelligently selfish man only works for the benefit of others.