“The number of Americans who do not identify with any religion is growing at a rapid pace. One-fifth of the U.S. public – and a third of adults under 30 –are religiously unaffiliated today, the highest percentages ever in polling by the Pew Research Center. In the last five years alone, the unaffiliated have increased from just over 15% to just under 20% of all U.S. adults. They include self-described atheists and agnostics but increasingly people who say they are spiritual but have no particular religious affiliation. This large and growing group of Americans is less religious than the public at large on many conventional measures, including frequency of attendance at religious services and the degree of importance they attach to religion in their lives.

With few exceptions, they say they are not looking for a religion that would be right for them. Overwhelmingly, they think that religious organizations are too concerned with money and power, too focused on rules and too involved in politics. The growth in the number of religiously unaffiliated Americans – sometimes called the rise of the “nones” –is largely driven by generational replacement, the gradual supplanting of older generations by newer ones.

What is it that the institutions of religion are not providing a growing number of people? And if this younger generation remains unaffiliated as it ages, what’s the future of religion?” Doubt is being taught in growing numbers.  Doubt is a sign of intelligence.  But blind doubt, such as rejecting spirituality without an extensive investigation, is a sign of ignorance, as is blind faith. Due to the blind doubt in the minds of populace, people are not apt to accept religious institutions.  This is because most religious institutions present a doubtful presentation of God.  A God who is far from perfect in His own personality and character.  A character that is presented as envious, a being who causes meaningless eternal suffering.  For if hell is eternal there is no meaning to it, for there is no point of correction.

Vague conceptions of the soul where some living things have a soul and for some reason other living things do not.  All to be blindly accepted.

The second cause is that this is the instant gratification fast-food culture, without wisdom for long term gains.  So religion is only seen as to possibly have some long term gain and therefore it is seen to be of little value.

What are the institutions not providing?  Well first of all, philosophically weak religious theologies.  People generally go to a university to study philosophy rather than a religious institution. Because they do not expect to find sound logic and philosophy there, but rather just blind faith.

Faith should be supported by reason and experience.

The second item that is lacking is transcendental experiences. Because people are not experiencing the happiness of spiritual life they are unsure about its relevance to their daily life. 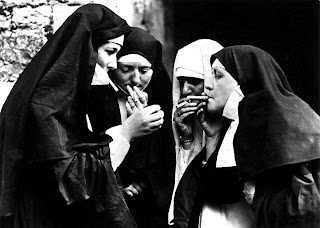 If the priests who are teaching still rely on cigarettes, alcohol, wealth, adoration, fame, and so on, to satisfy their starving hearts, how then will they be able to feed the hungry souls of their congregation. 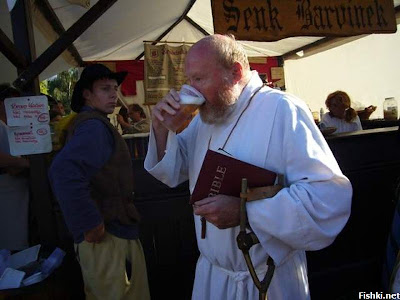 Therefore in as much as he is hungry for the temporary we can understand how much he is really tasting of the sweetness of the eternal.