Texas Monthly has a profile in its current issue of West Texan Christian Wiman, who has edited Poetrymagazine for the last decade in Chicago. The story describes his journey of faith, which started in a fairly fundamentalist way in Snyder, Texas, evolved into full rebellion against his early beliefs, and ended up in a loss of faith for Wiman for a long period of time.

Then his religiosity started slowly reemerging, but in a different shape. Now, he is on his way to becoming a full-time lecturer at Yale Divinity School and the Yale Institute of Sacred Music.

You can read more about him at this Texas Monthly link.

For our purposes, the part of the piece that caught my eye was when the reporter, Tom Bartlett, writes:

“When asked if he believes that the son of God, the Word made flesh, was actually crucified and placed in a tomb only to rise again after three earthbound days, Wiman glances up at the ceiling of the perfectly quiet conference room in the stylish offices he will soon vacate. His eyes close behind his rectangular glasses. It’s probably unfair to ask a poet and a conflicted Christian , a man who writes carefully and slowly and wonderfully, to opine off the cuff about a topic so weighty. He does believe it, he says, though not in the same way that he believes in evolution or in the fact that the earth revolves around the sun. It is a different sort of belief, a deeper kind of truth. Finally, he finds the words, ‘I try to live toward it.’”

I am not asking you to comment on the particulars of Wiman’s beliefs, but I would like to hear your thoughts about this part of the passage: “He does believe it, he says, though not in the same way that he believes in evolution or in the fact that the earth revolves around the sun. It is a different sort of belief, a deeper kind of truth.”

What does it mean that we may believe differently about certain issues, particularly about ultimate questions? I’m not looking for a discussion about how Jews differ from Christians or Christians from Muslims or Buddhists from Taoists or some other contrasts. Rather, what does it mean that as individuals we may believe differently about different kinds of truths? How, for example, do your beliefs in history or science differ from your religious beliefs?

This is a more theological and even philosophical question, so I look forward to your answers. 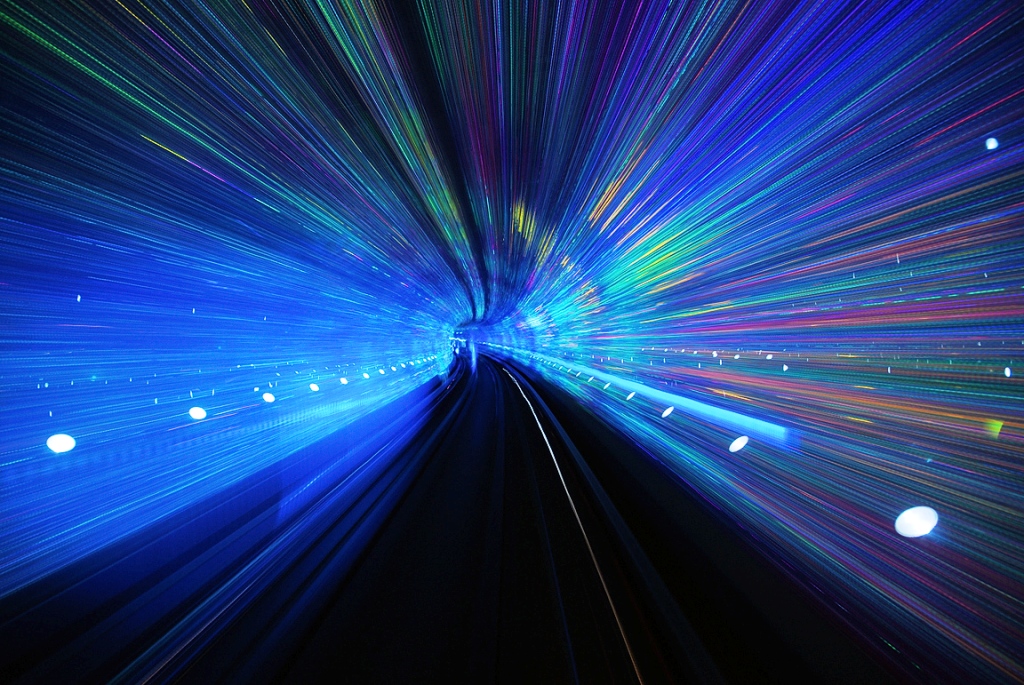 The Vedic literature’s Ṛk Veda’s Sayaṇa Bhāṣya accounts for the speed of light as 2,202 yojanas per 0.5 nimeṣa = 21,144.705 miles per .0114286 seconds = 185,016.169 miles per second. Which is 0.0067% different from modern calculations. Ṛk Veda accounts for the elliptical path of all celestial bodies. Surya Siddhanta accounts for the modern circumference of the Earth. Planetary gravity is discussed in the Siddhānta Śiromaṇi. Śrīmad Bhāgavatam accounts for modern measurements of the distances between planets in our solar system. The Bhāgavatam also delineates measurements of time that go from 1687.5 part of a second to 311 trillion years (the span our particular universe).

Pythagoras theorem was around 1000 years in India, before it was discovered in the West, as well as the value of Pi. Similarly photosynthesis is discussed in the ancient Mahābhārata.

While these facts are certainly interesting, they are not the cause of my faith. Faith becomes verified through experience.

For example when DART tells me that bus number 60 takes me to Kalachandji’s I may have faith in that claim. But when that I ride that bus and do end up at Kalachandji’s, that faith becomes realized. Because of that experience, it is reasonable for me to accept the other bus routes shown by DART go to their desired destinations.

Similarly the Bhagavad Gītā explains how the soul is different from the body. Not only is this conclusion given with logic but also with a practical experiments by which one can experience the conclusion directly. Faith verified.

No one should accept or reject anything blindly.