Let’s return to Frank Newport’s book, God is Alive and Well: The Future of Religion in America. I did an interview with Newport, Gallup’s editor-in-chief, for our Points section on Easter Sunday. As part of the interview, he talked about the impact baby boomers could have on religion as they retire.

We’ve certainly heard a lot about how those of us who are boomers will affect entitlement programs like Medicare and Social Security. But I really had not thought much about how this generation of Americans could affect religion.

Newport’s point is this: If boomers become like elderly Americans of the past, they will become more religious as they enter their senior years. Of course, boomers being boomers, they may defy that trend. But if they don’t, they could become a major source of growth for religion in general and various faiths in particular.

That would be interesting since we are reading about the decline of membership in some traditions, like mainline Protestant churches. Could boomers actually reverse those trends?

I don’t know, but I would like to hear your thoughts about this question:

As baby boomers begin to retire, what is it that your faith tradition could offer to those in that generation who do not have a particular religious belief? Or, to put it another way, could boomers be your next source of growth?

Our stay in the world is like staying at a hotel. Don’t spend your time trying remodel it, it is only a temporary visit.

Therefore there are four successive stages of life in Vedic culture to train one to embrace the eternal rather than investing in the temporary. Celibate student life, married life, retired life, and renounced life. 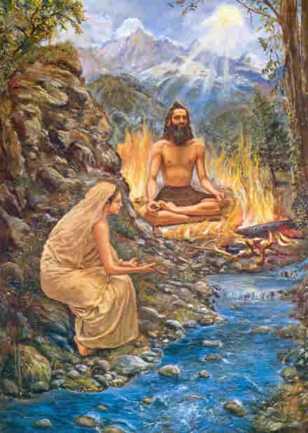 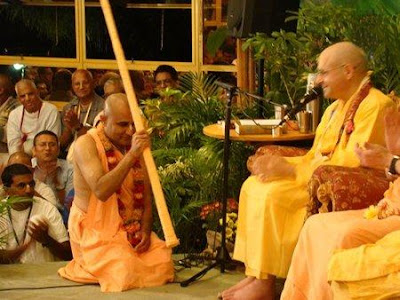 During married life, one’s life becomes entangled with so many obligations to work, society, family, and so on. Therefore it is expected in Vedic culture that, after the age of 50, one retires from active business and other pursuits and dedicates their time and efforts to bring their hearts closer to God.

For if at the time of death one is consumed with worldly thoughts: Thoughts of how their business, family, and personal projects will go on without them, they will then have to return to this mortal world. For the Kingdom of God is inhabited by only those whose hearts is fully absorbed in love for the Lord.