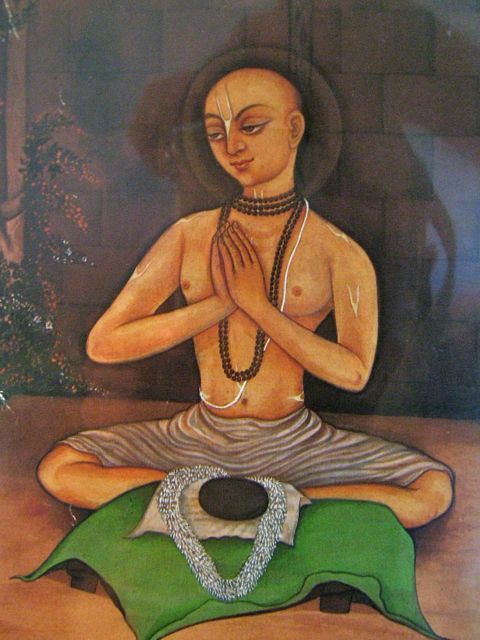 Today is the appearance anniversary of Gopal Bhatta Goswami, one of the celebrated Six Goswamis of Vrindavan. Chaitanya Mahaprabhu met Gopal Bhatta and his family in A.D. 1511, while traveling through South India. Gopal Bhatta later went to Vrindavan, the birthplace of Lord Krishna, to study the scriptures with Rupa and Sanatana Goswamis.

Gopal Bhatta Goswami is famous for establishing the worship of Sri Radha-Raman, a unique, self-manifested (not carved) Deity form of Krishna. The Radha-raman temple is one of the most famous and popular temples in all of Vrindavan. When Krishnadas Kaviraja was writing Chaitanya-charitamrita, an extensive biography of Chaitanya Mahaprabhu, Gopal Bhatta, out of severe humility, requested him to not mention his name anywhere in it. The author mostly complied with his request, only mentioning Gopal Bhatta a couple of times.

Astrologically, today is known as Uttara phalguni, and if you can explain what that means, please contact us.
More: