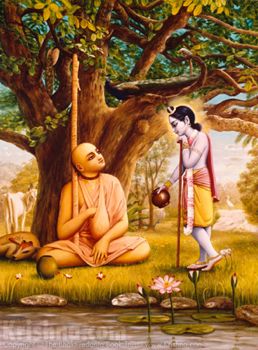 Srinivas Acharya was a member of the party that first brought the books of the six Goswamis from Vrindavana to Bengal and Orissa. He converted King Birahambira to the Vaishnava religion and helped organized the first Gaura Purnima festival, celebrating the birth anniversary of Lord Chaitanya, in Kheturi Gram. 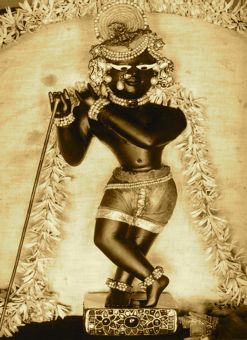 Sri Sri Radha Raman is a self-manifesting (not carved) Deity of Krishna Who was worshiped by Gopal Bhatta Goswami, one of the prominent followers of Chaitanya Mahaprabhu. He is still worshiped today in Vrindavan, India.