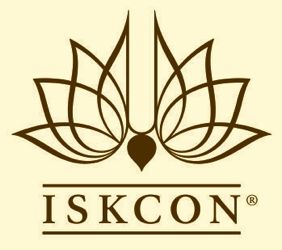 ISKCON, the International Society for Krishna consciousness, also known as the “Hare Krishna movement,” was founded by Srila Prabhupada and his followers in 1966. Srila Prabhupada’s aim was to create a global association of Krishna devotees based on the teachings of the Bhagavad-gita and Srimad-Bhagavatam on the nature of the self and our relationship with the Supreme Person.

ISKCON has since grown into a worldwide organization of individuals, communities, temples, farm projects, schools, and restaurants, each centered on the ideal of devotional service to the Supreme Person, who is known by unlimited names but whom the Vedas refer to as Krishna, “the all-attractive one.” ISKCON is an extension of Chaitanya Mahaprabhu‘s sankirtan movement for spreading the chanting of the names of God, specifically the Hare Krishna mantra, as widely as possible.

The comprehensive theological teachings of the Bhagavad-gita, Srimad-Bhagavatam, and Chaitanya Charitamrita are the basis of ISKCON’s philosophy. These books describe in great detail the eternality of the self, our relationship with the Supreme Person, the Supreme Person’s actual identity, and the activities by which anyone can enhance their innate spiritual consciousness. ISKCON is essentially a spiritual educational institution; systematically teaching the books of Srila Prabhupada and his followers and making such literature available to the general public.

Membership in ISKCON can be formal or informal. Anyone respectful of ISKCON’s principles may consider themselves part of the greater ISKCON community. Those who are willing and able to devote themselves to regulated spiritual practice—such as observing spiritual regulative principles and committing to daily chanting a minimum quota of the Hare Krishna mantra—may take formal vows of initiation, enabling them to perform services such as worship of the temple Deity, giving classes, and other duties within the institution.

To manage ISKCON, Srila Prabhupada appointed some of his most mature and responsible leaders to act as a Governing Body Commission for maintaining spiritual standards within the society and preserving ISKCON as a unified movement.